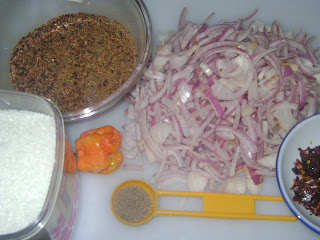 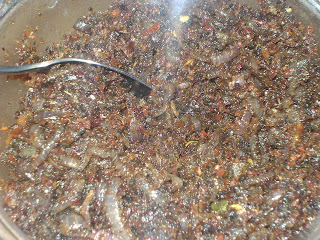 Making bajiya
Devide the roshi dough in to 2diameter balls. Flour you're working surface, roll one ball into a round disk. 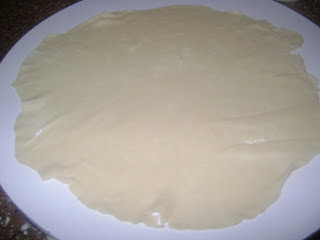 Cut this disk in to 4equel parts. 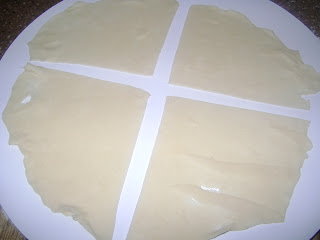 Now in the pic below where the arrow is pointing fold it towards the middle as shown in the second pic. 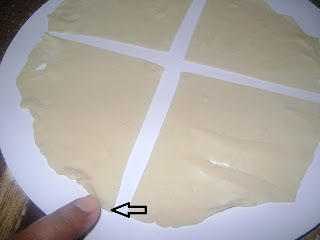 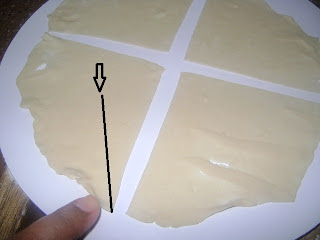 Apply water in the line shown in the pic, fold the other end shown in second pic. Now you will have a nice pocket. 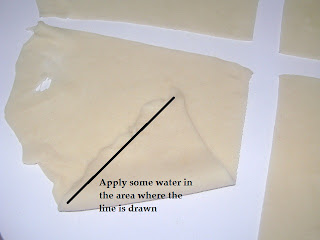 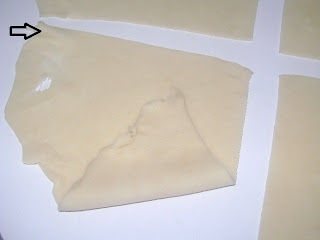 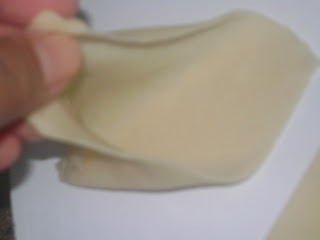 Hold this bajiya pocket inside your hand and fill in 2tsp of onion and dried fish mixture. Apply water in the area where the line is drawn in the second pic below and seal the bajiya well. 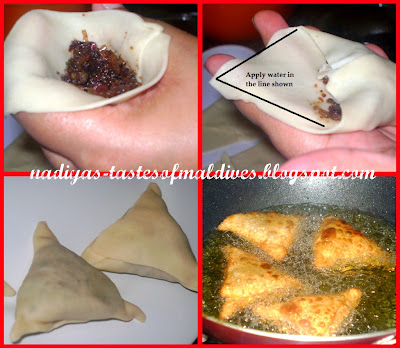 Thank you for spending your precious time reading my blog. Due to some changes in my life I am finding lot of free time on my hands, so I decided to bring my greatest passion - food in this blog. Here you will find hopefully some HELPFUL recipes to satisfy your taste buds, tips and inspiration for your own food adventures. I will try to upload new posts at least twice a week, so make sure you visit regularly ...and don't forget to follow.